Thermogravimetric analysis, TGA, is used to show if a compound contains components such as solvents or other loosely bound molecules that might evaporate upon heating. The presence of solvents/hydrates is usually not desirable as these might cause destabilisation of the compound. Further, this method is used to distinguish between solvates and “pure” polymorphic forms. The method complies with Ph. Eur. 2.2.34.

For a quote on TGA: Use the contact form

TGA measures the amount of weight change of a material, either as a function of increasing temperature, or isothermally as a function of time, in an atmosphere of nitrogen or air. TGA consists of a sample pan that is supported by a precision balance. The pan resides in a furnace and is heated or cooled during the experiment and the mass of the sample is monitored during the experiment. The balance can register weight changes of down to 1 µg.

TGA determines temperature and weight change of decomposition reactions, which allows quantitative composition analysis. May be used to determine water/solvent content, either in the form as solvates or as loosely bound molecules on the particle surface. TGA can be used to measure evaporation rates, such as to measure the volatile emissions of liquid mixtures. 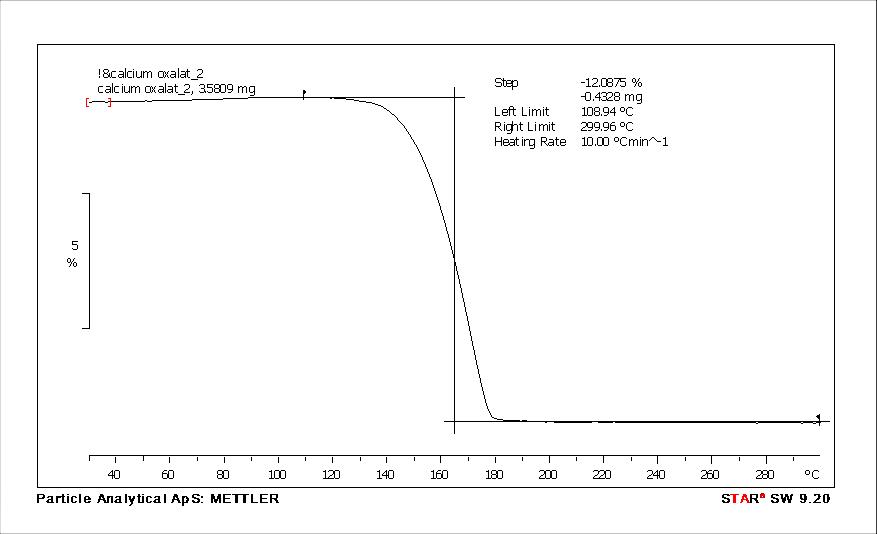